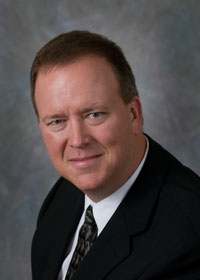 Ulke will manage the engineering, architecture and construction activities for the Imperial community which is scheduled to open in 2012. Imperial will include the redevelopment of the historic Imperial Sugar Company refinery site, and has been selected as the site for the City's new minor league baseball stadium. The community will also include retail locations, commercial, hospitality, restaurants, office and urban residential and will also boast over 235 acres dedicated to open space, lakes, wetlands, and parks.

"I look forward to Imperial becoming a destination point for the Sugar Land community and surrounding areas," said Ulke. "Having the historic element of the Imperial Sugar refinery, as well as the City of Sugar Land's new minor league baseball stadium on the site will draw people to Imperial. I hope to create a lifestyle that makes everyone feel at home and comfortable."

In his free time, Ulke enjoys saltwater fishing, golfing, hunting and volunteering to coach youth sports. He especially enjoys doing these activities with his two children. Daughter, Emilee, who is nine years old and son, Taylan, who is four years old.